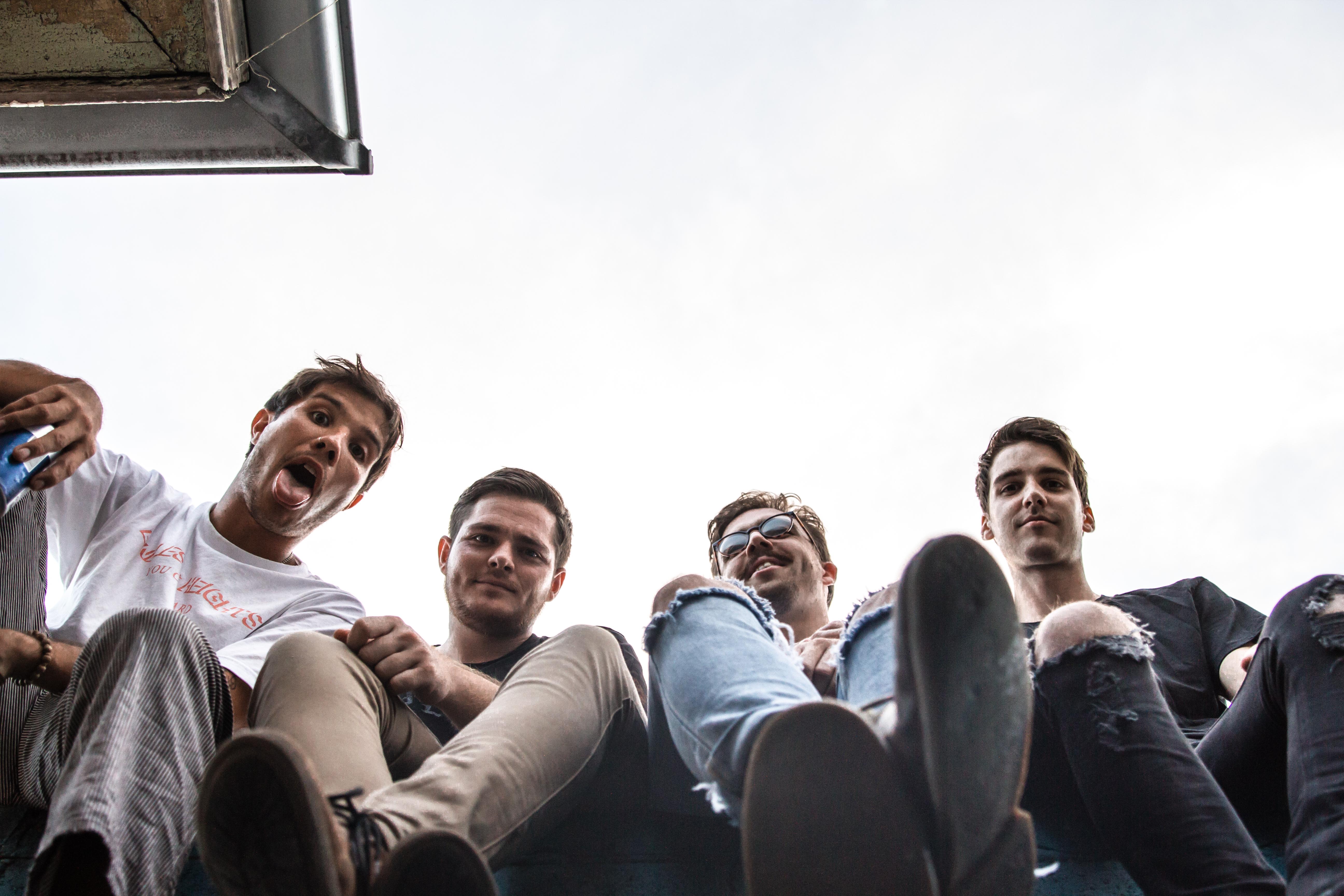 “Ambitious Brisbane outfit goepic”
–Rolling Stone Magazine
In early 2013, the Australian music scene was introduced to Brisbane band, Young Lions – Zach Britt (Vocals), Morgan Castle (Bass) and Matt Gibson (Drums), who owned their sound and instantly made their mark with their debut album ‘BURN’. What ensued was a band whose alternative edge has rapidly positioned them in the forefront of the rock genre.
The October 2013 release of their debut album ‘Burn’ (released through Shock Records), was met with critical acclaim. KillYourStereo.com named it “Alternative Rock at its finest.” The title track earned them a top 40 spot in Triple J’s Short. Fast. Loud. 2013 listener poll and kick-started a relentless touring schedule in 2014 that saw the band tour to the four corners of our country.
In January of 2015, Young Lions released their sophomore album titled “Blue Isla”, praised by Rolling Stone Magazine for the band’s “undeniable charm to the songwriting” and describing the track “You Are II”, of which is the first of the three video releases, as “a sonic adrenaline rush that rivals the best of 30 Seconds To Mars”.
“’Burn’ was a record full of anger,” says bassist Morgan Castle. “‘Blue Isla’ is a huge step up for us. The record is one of beauty and maturity. Everything you’ve come to love about Young Lions-  Passion. Truth. Relevancy. It’s in this record. We’ve matured a lot and so has our music”.
Young Lions nationally supported the likes of American favourites, The Almost, and Australian legends, Antiskeptic whilst also playing spot shows with Dream on Dreamer, Oh Sleeper, Senses Fail, Lydia, Sweden’s Adept as well as Australian heavyweights Sienna Skies, Dead Letter Circus, Bayside, Hands Like Houses, Jebediah, Red Jumpsuit Apparatus, Hands Like Houses and Feed Her To The Sharks. Add to that their own headlining shows, Young Lions are not one to shy away from their performances having earnt a solid reputation for their live sets with Kill Your Stereo calling their recent performance supporting US rockers Bayside as “a stellar performance” and “a catchy and fervent set”.
In March 2017, the band teased the taste buds of their third studio album, titled Mr Spaceman, with the release of ‘Burn The Money’ and ‘Destroy Me’. The album is released at a peak time on the LunarCalendar – Tuesday, August 8 2017 –
the day Australia witnesses a partial lunar eclipse. Quite fitting for an album that follows a character on a journey into space.
Young Lions are a band that’s fast building momentum and on the verge of entering Australia’s elite.