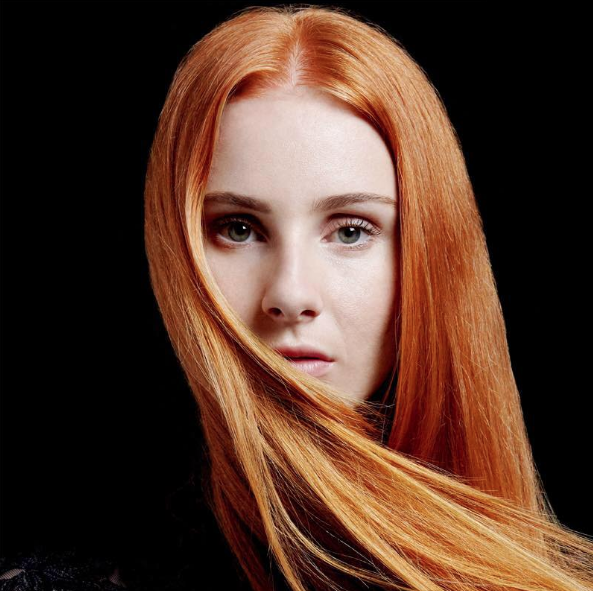 Unstoppable singer-songwriter Vera Blue will release her debut album, Perennial, on Friday July 21st. Today she shares the new video for her current single ‘Mended’ and announces details of what is becoming the most highly anticipated debut album of the year.

Directed by one of Australia’s most exciting emerging artists Cloudy Rhodes, the powerful ‘Mended’ video is a celebration of love and womanhood. Cloudy explains, ‘I wanted to make a film where we witness the triumph of a young woman rising-up to the experience of love. I wanted Vera to be the protagonist of the film who falls from the night sky, out of the darkness into the light – her falling is a metaphorical representation of ‘falling in love’.  Mended to me is all as about the female experience and that’s what I tried to convey through the visuals in this clip.’

An intensely personal record, Perennial traces the circular pathways between love and loss across its 12 tracks. The album is arranged into three chapters, which chronologically trace the development of Vera Blue; from her very first week writing, raw after the breakdown of a relationship, towards a place of renewed strength and vivacity.

Included on the album is first single ‘Private’, with currently over 2.2 million streams worldwide, and ‘Mended’. The new album introduces a fully-formed Vera Blue, seamlessly synthesizing her folk past with a bold, electronic pop future.

‘“Perennial” is a term for plants that come back year after year, and I like to relate that to memory, feelings and emotions,’ says Vera Blue. ‘It’s what the record is all about; relationships can be very cyclical, or never-ending, but that isn’t necessarily a bad thing. It’s just part of life.’

Recorded between Los Angeles and Sydney, Perennial was written with longtime collaborators Andy and Thom Mak (Boy & Bear, Bertie Blackman, Silverchair) as well as engineer Jackson Barclay. It’s the product of countless hours spent crafting songs in the studio as a team and despite its new sonic elements, the album is underpinned by the classic songwriting that has defined Vera Blue’s musical growth.

Produced by Andy Mak, and most recently co-produced with Grammy-nominated founder of Deep Well Records Adam Anders, Perennial arrives on the eve of Vera Blue’s fast- selling national tour, including her second appearance – and first as a solo artist – at the sold-out Splendour In The Grass in two years.

Vera Blue’s debut EP Fingertips was released in 2016 and peaked at #3 on the iTunes Album Chart, garnered 3 x Top 100 ARIA Chart Singles and has been streamed over 32 million times world-wide to date. The lead track ‘Hold’ has reached over 19 million streams and peaked at #1 on the Spotify AU Viral Chart, Top 5 UK/US and Global Spotify Viral Charts.

Perennial sees Vera Blue finding arresting new ways to channel a voice Australia has already fallen for. Unflinchingly honest, it’s the album she had to write, with a sound that is entirely her own.