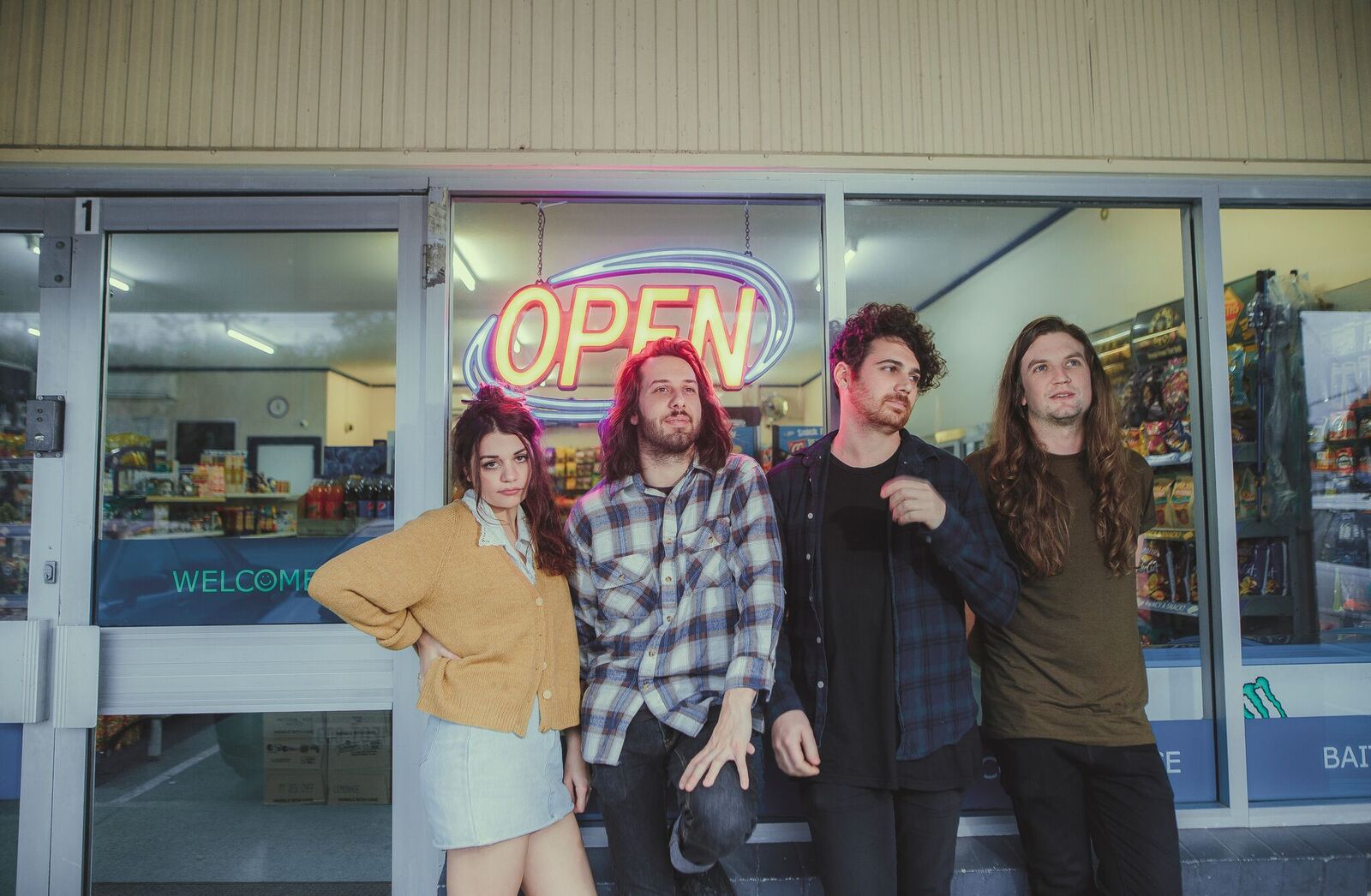 After having a massive breakout year that included releasing their critically-acclaimed debut album, Dumb Days, Tired Lion keep the good times rolling through 2017 today with the release of a brand-new video for the album’s title track, and the announcement of a run of regional tour dates in 2018.
‘Dumb Days’ was the third single to be released from the record that earned them a Triple J Feature Album, and the video for it is composed of footage from throughout their stellar 2017, including scenes from the recording of the record in Perth with Violent Soho frontman and Dumb Days producer Luke Boerdam, along with raucous footage from the Dumb Days national headline tour they embarked on earlier this year. The video was filmed and directed by renowned rock photographer, Matsu.
Tired Lion will be hitting the road in early 2018, bringing the chaotic scenes in the ‘Dumb Days’ video to regional towns and cities throughout WA, Victoria, Tasmania and NSW.
Since their humble beginnings, when they first began uploading early songs inspired by Sonic Youth, Pixies and Smashing Pumpkins online, Tired Lion has already achieved a list of accomplishments most bands would be utterly envious of.
Two successful EPs, an Unearthed J Award, huge singles ‘Not My Friends’ and ‘Agoraphobia,’ multiple WA Music Awards, tour after tour after tour, and spots on some of the biggest music festivals on the planet, including Splendour In The Grass, Primavera, Glastonbury, Reading, Leeds and the Great Escape. And this year the band finally released the LP they’d always dreamed of.
Recorded over four weeks at the beginning of 2017 in Blackbird Studios in their hometown of Perth, Dumb Days is an album about growing up, and it’s safe to say that through all that build up, the band – songwriter and frontwoman Hopes, Matt Tanner (lead guitar), Nick Vasey (bass) and Darnell (drums) – have done a whole lot of growing up.
You can hear it all across Dumb Days. From the dissatisfaction with the mundane of everyday life of an album opener ‘Japan,’ to the yearning for idyllic, simpler times of childhood on the driving title track, through to the existential pondering of the quirkily titled but heavy rocking ‘Cilantro.’
Produced by Boerdam, along with the band’s long-time collaborator, WA legend and engineer extraordinaire, Dave Parkin, who combined to elevate the band’s capabilities, while also allowing them to discover new sides of themselves as musicians, songwriters and as a band.
“Boerdam’s effortless approach to producing and songwriting has led me to believe that he is in fact some sort of wizard,” admits Hopes.
But it wasn’t all studio wizardry, as the producer pushed and prodded Hopes to discuss and deconstruct songs to get the right intensity in the studio.
“Some of these tracks are extremely personal and I’ve never even discussed them with anyone prior,” she says. “It was scary but it all managed to play a part in creating the perfect balance of sonic ear candy we were after with those added intense ‘feels’ we were hoping to deliver.
Now Dumb Days is done and dusted. Tired Lion, always a scintillating live prospect, are readying to take these songs back on the road to some of their favourite regional and country venues, as well as some special capital city show dates.