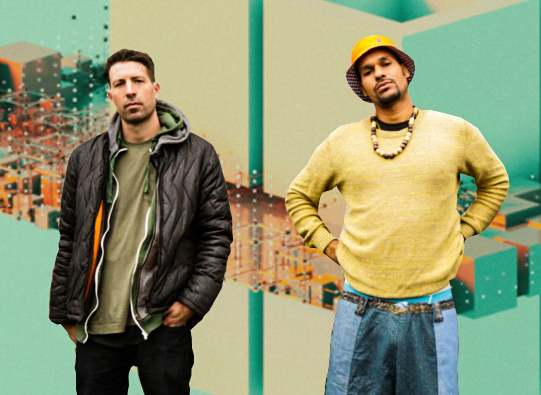 To be released on 19 April, Sophia is the second single from Tijuana Cartel’s special vinyl edition E.P. Ishtar’s Descent. Having recently joined the burgeoning roster of Brisbane’s highly respected agency PS Music Group, the group are poised to embark on one of their most comprehensive national tours in recent memory.

Tijuana Cartel are nationally loved for their east meets west, fat, bass-fuelled electronica. A truly unique act that have been mesmerising their ever-growing audience for well over a decade, they continue to set an exceptionally high standard in both live performance and sound production.

The Sophia tour kicks off on March 28 with two shows at Hotel Brunswick, where they will be recording their upcoming live album; and will continue through till August with a huge closing show at iconic venue The Lansdowne in Sydney. The tour also features several festival dates and a 4-date run in WA.

Sophia features Paul George’s signature soul-stirring guitar work, overlaying a stomping four-to-the-floor rhythm with a deep, driving quality. In some ways, it’s a strong throwback to the sound that established Tijuana Cartel as a nationally acclaimed electronic act. Their signature marriage of world flavours and squelchy electronica has since formed a movement all of its own, and this track encapsulates the sound of that movement precisely.

‘This song highlights our strength and individuality as Tijuana Cartel’, says George. ‘It has a strong four to the floor beat, trippy electronic analogue synths, Cuban style percussion, trumpet riffs and of course the sound of Flamenco guitar.’

Described by George as ‘trance lost in a new world’, Sophia masterfully amalgamates the progressive sonic soundscapes that Tijuana have honed to perfection, with the world music instrumentation that define their enduring sound.

A highly anticipated digitally animated film clip for Sophia is currently being cooked up by Carey O’Sullivan in the Cartel’s Gold Coast studio (known as The Lab). If his previous effort on Ishtar is anything to go by, the follow up will be a psychedelic, mind-bending, multi-sensory, fractal indulgence. He has spent several months coding the scripts to bring this next masterpiece to life and it will be unveiled in the very near future.

Sophia is available from major online retailers. The second track to come from their limited-edition vinyl release.