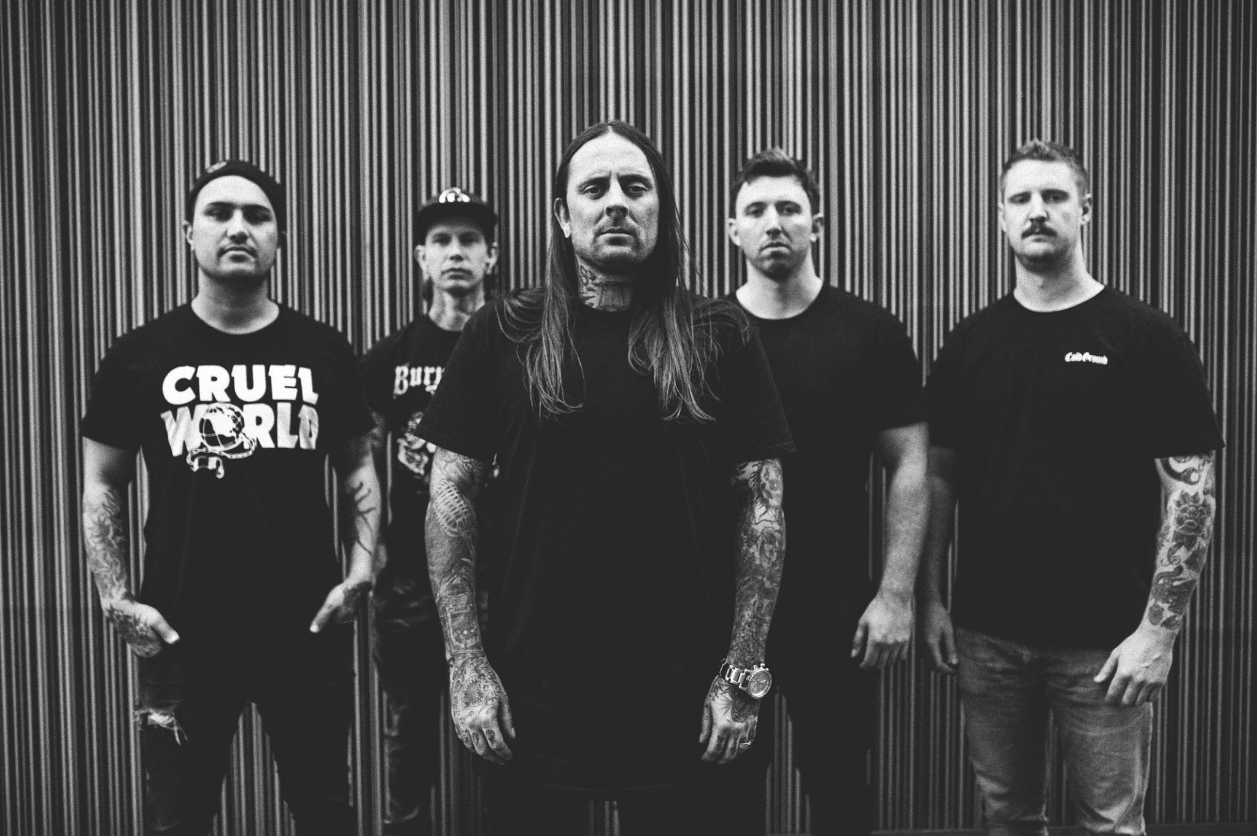 Confidently attracting a potent mix of young death metal acolytes and older vintage thrashers alike, Thy Art is Murder’s unrelenting aggression has made them a hallmark of heavy music worldwide. The stunning domestic success of their third LP ‘Holy War’ included landing at #7 on the ARIA Charts, the highest chart position for a domestic extreme metal act. Thy Art is Murder have nailed down the exceptional skill of combining riffage tailor-made for huge stages with fearless lyrical themes careering from terror to death, existential crises, to the end of humanity itself. It’s epic stuff. And it promises to destroy both your hearing and have you questioning your existence, as the band chew through venues the nation over.

Fans of gettin’ their souls shaken by truly, deeply, awesomely heavy death metal are going to stoke out on this gargantuan all-Aussie line-up.  This nation-wide conglomeration of excellent heavy music talent includes…

Melbourne’s ALPHA WOLF. Recent signings to Josh Merriel & Ash Hull’s Greyscale Records, these guys are righteous and dissonant. Alpha Wolf released their shattering tune “#104” back in March and they’re currently staring down the barrel of a huge winter tour with Aversion’s Crown and Boris the Blade.

Perth metalcore lords CURSED EARTH bear shades of Black Breath and Entombed, and utterly shred on stage. Bastions of the Western Australian scene, these guys recently sharpened their teeth on tour with Killswitch Engage and The Black Dahlia Murder.

Also joining the fray are fellow Greyscale alumni DEADLIGHTS, hailing from Brisbane. These guys front up with an energetic brand of powerful alternative hardcore. Their debut album “Mesma” hit us last month to huge fuss amongst local heavy media and punters.

Do not miss Thy Art is Murder, killing it across the nation through July and August as they charge up to reveal more kick-ass career developments very soon. Ears to the ground.