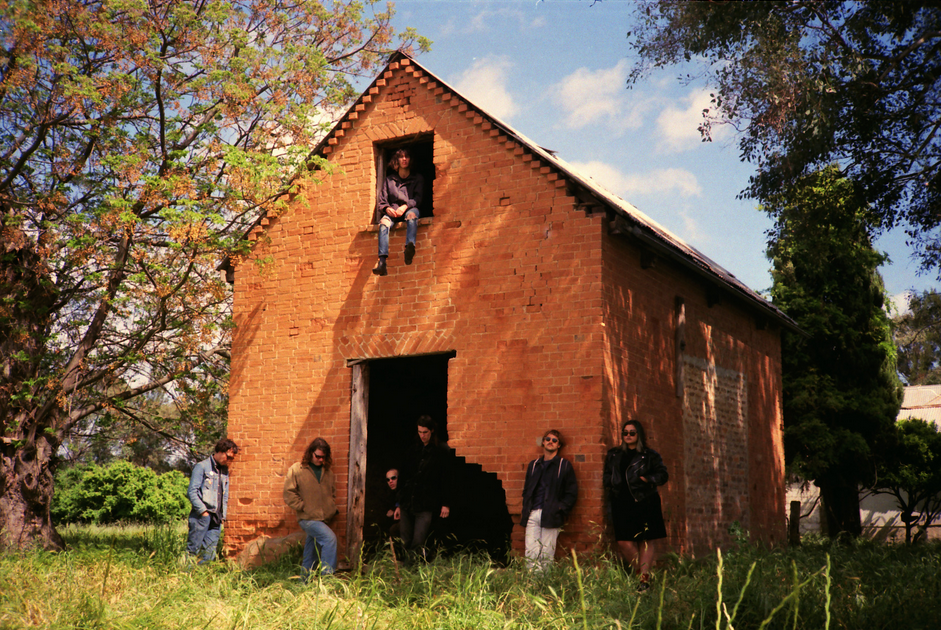 The Pinheads are a seven-piece rock n roll outfit who can be found ten-pin bowling and eating slimy pizza in the suburbs of the Illawarra.

In their short lifetime, the band become notorious for producing some fuzzy, raucous rock ‘n roll and a wild screaming live show to boot. Well on the way to becoming seasoned road hogs, the Pinheads have toured and shared the stage with King Gizzard, Fat White Family, Tumbleweed, Tomorrow’s Tulips, Hockey Dad, Drunk Mums and Skegss.

Following up from their debut EP ‘I Wanna Be A Girl’, The Pinheads are set to release their self titled debut LP. The album was written in parts, beginning at “el rancho relaxo” deep in the hinterlands of Northern NSW. The second half of the album was written at the Pinshed Sound Laboratory – a makeshift studio nestled in the middle of their bushland home on the South Coast. The album was recorded in the Pinshed and engineered by Merlin Magneto, Mixed by Owen Penglis (Royal Headache, The Grates, Straight Arrows) and mastered by Crystal Studios.

The Pinheads aren’t a revivalist band, shock rock, nor any other thing an outsider could adequately dissect; Just a bunch of mostly human reprobates banded together to make music. There really is no other way to understand the band until you make your way along to a sweaty show, but you’d best be quick, they’ll either sell out or be shut down. The Pinheads will scare you, swoon you, and make you consider the existence of interterrestrial beings. You won’t know whether to run, dance or scream. But either way their spell will have you fall in love and howling for more.

Debut Album out May 12th via Farmer & The Owl/Inertia.