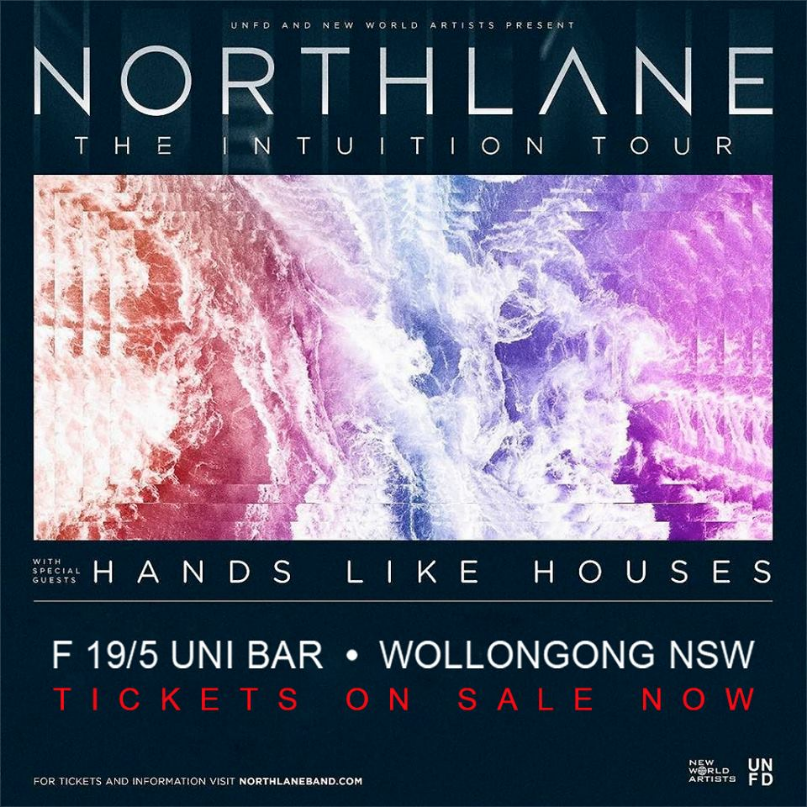 Northlane have announced they will be taking their new single “Intuition” on tour around the nation in May.
Following on from a huge headline set at UNIFY 2017 and a sold out East Coast run, The Intuition Tour will take Northlane back to the regional centres of Australia for the first time since 2015.
Joining Northlane on the highways around the continent will be special guests Hands Like Houses.

Northlane revealed “Intuition” as a surprise gift for fans during their headline show at UNIFY 2017 in January.
The song quickly made its way onto YouTube via fan footage, with news of the new song rapidly spreading to all corners of the internet, creating headlines worldwide and fans begging for the studio version.
The accompanying new video was filmed by Jason Eshragian onsite at the festival.