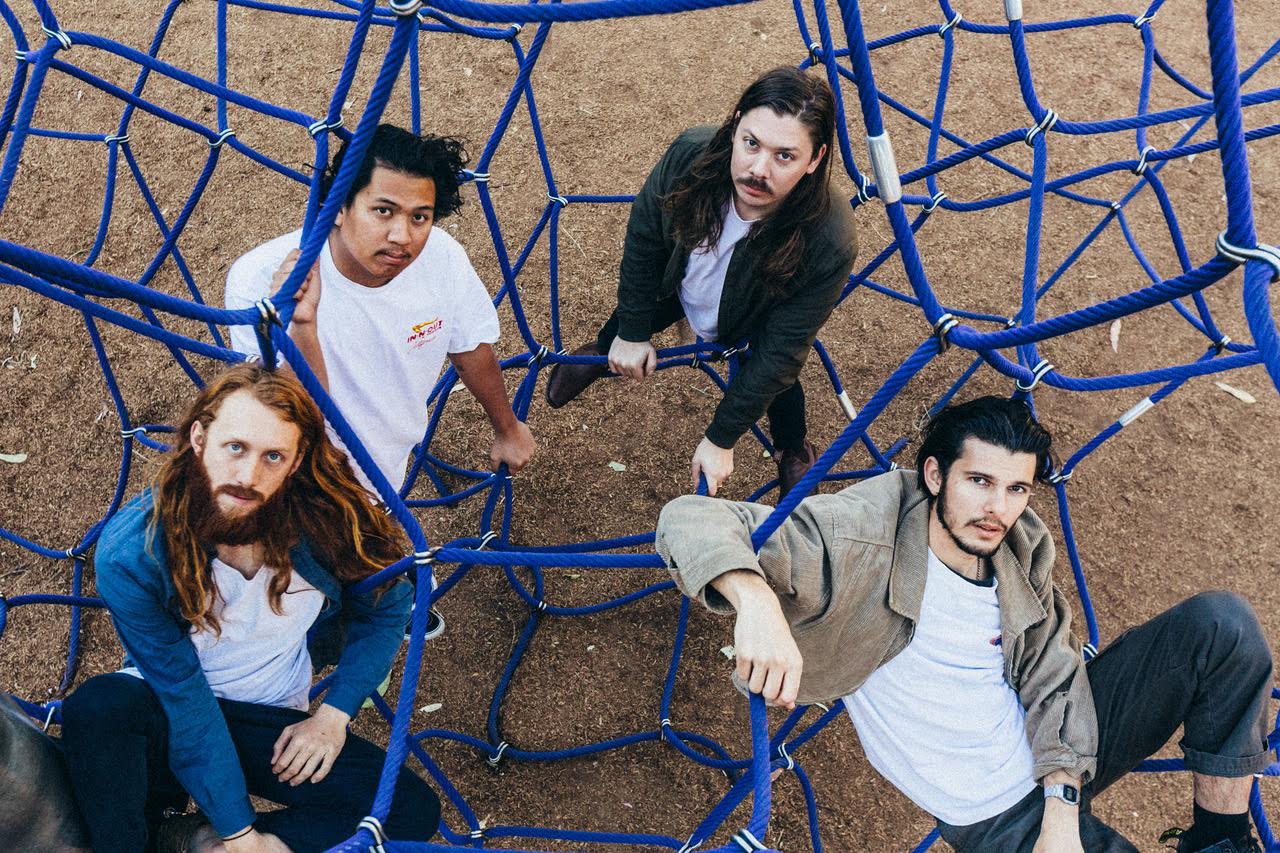 To celebrate the recent announcement of their debut album Idiot Proverbs, set for release on Friday 12 January, Tiny Little Houses are thrilled to reveal both the music video for their current single ‘Entitled Generation’ and their highly anticipated national album tour dates, scheduled for Feb/March 2018. The run of shows, presented by triple j, will see the band perform in Ballarat, Melbourne, Hobart, Wollongong, Sydney, Brisbane, Perth and Adelaide.

“We’ve been working on a bunch of songs very important to us, which have made our new album. We can’t wait to play the record live in full, especially since you would have had the chance to hear them all by the time we tour! Thanks for the on-going support and interest in our music, hopefully see you at these shows soon.” – Tiny Little Houses

Tiny Little Houses have spent the last three years winning hearts and minds around Australia thanks to a succession of finely-crafted indie pop gems including ‘Milo Tin’, ‘Song Despite Apathy’ ‘Easy’, ‘Soon We Won’t Exist’, ‘Garbage Bin’ and most recently, ‘Entitled Generation’.

The follow-up to the four-piece’s first two EPs – You Tore Out My Heart (2015) and Snow Globe (2016) – Idiot Proverbs finds Tiny Little Houses growing up and getting more confident with where they can push their sound. As well as being the band’s most raucous collection of tunes so far, the album highlights the discernible progress of Karvountzis as a songwriter. Indeed, Idiot Proverbs presents wry reflections on growing up, finding your place amongst the chaos and falling short of your own (and others’) expectations.

The album finds Tiny Little Houses continuing their relationship with producer Schram (also known for his work with Paul Kelly, San Cisco and Loon Lake among many others) who was also behind the controls for most of the band’s previous efforts.