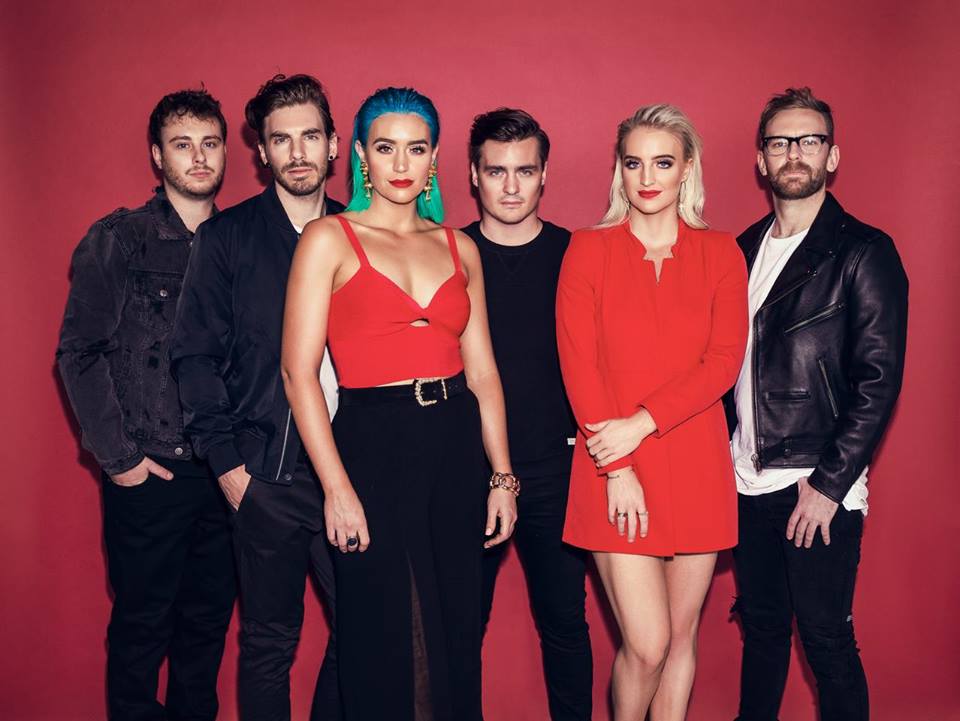 As Wollongong vibrates with the current array of live music events recently announced, Yours & Owls are teaming up with Chugg Entertainment to dish up the cherry on top. Multi-platinum Brisbane sibling super-group Sheppard have just announced they’ll be heading to Wollongong, August 11 as part of Y&O Big Top Series taking place at Wollongong’s Innovation Campus.

Their US top 40 hit “Geronimo” went platinum in 21 countries alongside achieving well over quarter of a BILLION streams. Their recent funk-tinged single “Edge of the Night” became a smash hit in Europe and Latin America and they cemented their global status further with the release of “Coming Home”.

Sheppard returned to their hometown of Brisbane in December of 2015, and headed to North Stradbroke Island for what was a much-needed break to reset and start fresh. “We just blocked ourselves off from that noise. A few days in we thought, ‘There’s no one else here. This is just us,’” George says. “‘Let’s pretend if we were beginning a band, starting from scratch, what would we do?’ That was the turning point.”

The Stradbroke trip also forced the band to ask themselves why they write music. “We realised we do it for ourselves,” George says. “This is our job. This is what we like to do. Let’s keep going and be the very best we can be.”

Following on from this, the band immersed themselves in an intensive series of writing sessions in Los Angeles and will be rolling in hot this August to bring Wollongong a killer, family-friendly show, like it’s never seen before!

Yours & Owls Big Top Edition featuring Sheppard will be the all-ages show of the year with Sheppard set to produce the performance of their career thus far.