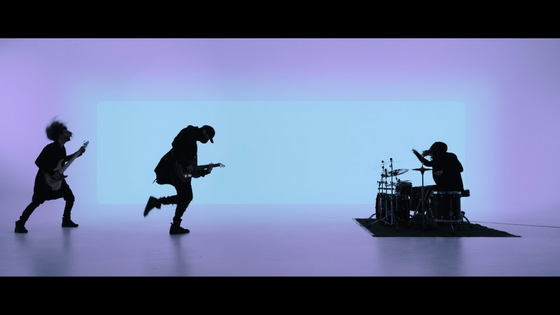 Northlane have released their new stand-alone single “Citizen”. “Citizen” was recorded by David Bendeth (Bring Me The Horizon, A Day To Remember, Paramore) at his studio in New Jersey. The video for “Citizen” was filmed by Jason Eshragian who has previously worked with Northlane on the “Intuition” and “Impulse” videos.

Also announced are the local supports for each leg of their upcoming tour. Joining them and Hands Like Houses in Wollongong at UOW Unibar will be local bands Graves & Vices!

“Citizen is a song that was written about the First World police state and our willingness to live under the watch of those in power, for their means, while those who blow the lid on it suffer,” explains Northane guitarist Josh Smith. “Writing this one was quite a mission, we went through five completely different sets of lyrics and the final incarnation of the song was the eighth revision. It took a lot of work but we are proud of it and beyond excited to share it with you all.”

“Citizen” follows on from their previous track “Intuition” which was revealed as a surprise gift for fans during their headline set at UNIFY 2017. Northlane will continue to hit festival stages throughout 2017 with appearances on the main stage at Download Festival (UK) and Hellfest (France). The band will also play at Vainstream Rockfest (Germany), Jera On Air (Netherlands), Graspop (Belgium), Dissonance Festival (Italy), Rock For People (Czech Republic), Resurrection (Spain) Hammersonic (Indonesia) as well as Big Pineapple Music Festival here in Australia.

Before Northlane take off to the Northern Hemisphere, local fans can catch the band hitting up the regional hot spots around the country with Hands Like Houses. The full list of local supports can be seen below, and includes some familiar faces in Void of Vision, Saviour and The Brave.