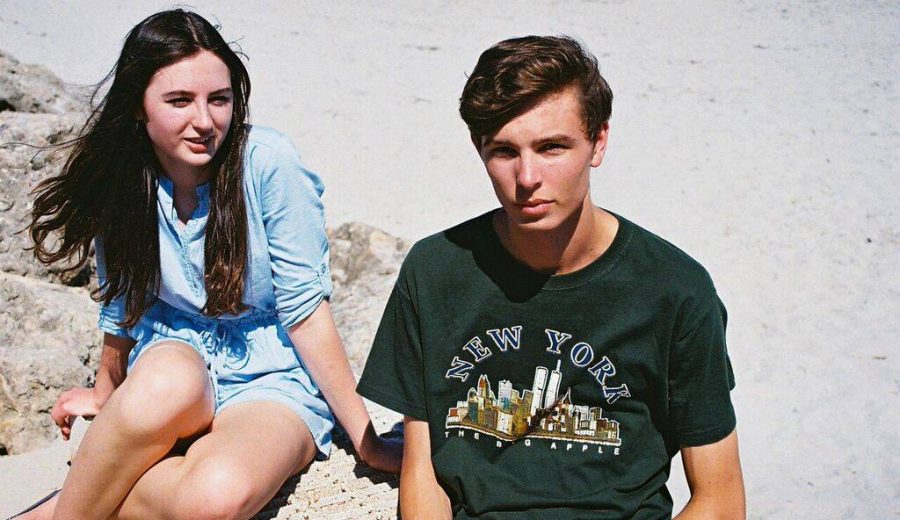 Following recent sold out shows across the country and appearances at festivals such as BIGSOUND (Brisbane) and Groovin the Moo (Bunbury), Perth young guns Mosquito Coast are heading out on an 11-date Australian tour playing capital cities and regional centers in support of their soon-to- be-released EP.

The six-track EP titled ‘Television Love’ will be available from Friday, 16 December (independent) and is filled with breezy pop melodies, sun-bleached guitar and dreamy vocals, including single‘Let’s Be Friends’, which was added to rotation on triple j and played on community stations nationally.

“Lots of room for Mac Demarco fans to frolic with this.” Lachie Macara, triple j

“The track has that same lush and lazy Sunday afternoon sound that propelled the pair to claim their title. The buzzy guitar is full of infectious warmth so reminiscent of their winning track Call My Name” Elly Pugh, AAA Backstage

Naomi Robinson and Conor Barton were just 17-years- old when they caught the attention of fans, tastemakers and the music biz after winning triple j’s Unearthed High 2015 and placing #101 in this year’s Hottest 100 with their ethereal single ‘Call My Name’.

They’ve since released two more singles ‘Commotion’ and ‘Let’s Be Friends’ – all receiving heavy national airplay; been nominated for ‘Most Popular Act’ in this year’s WAM Awards 2016, and were commissioned by Perth Now to write a new song for the media outlets 10th Birthday, which was exhibited in the Art Gallery of WA. They were also included in the ‘100 best discoveries of the last decade’ by triple j Unearthed.