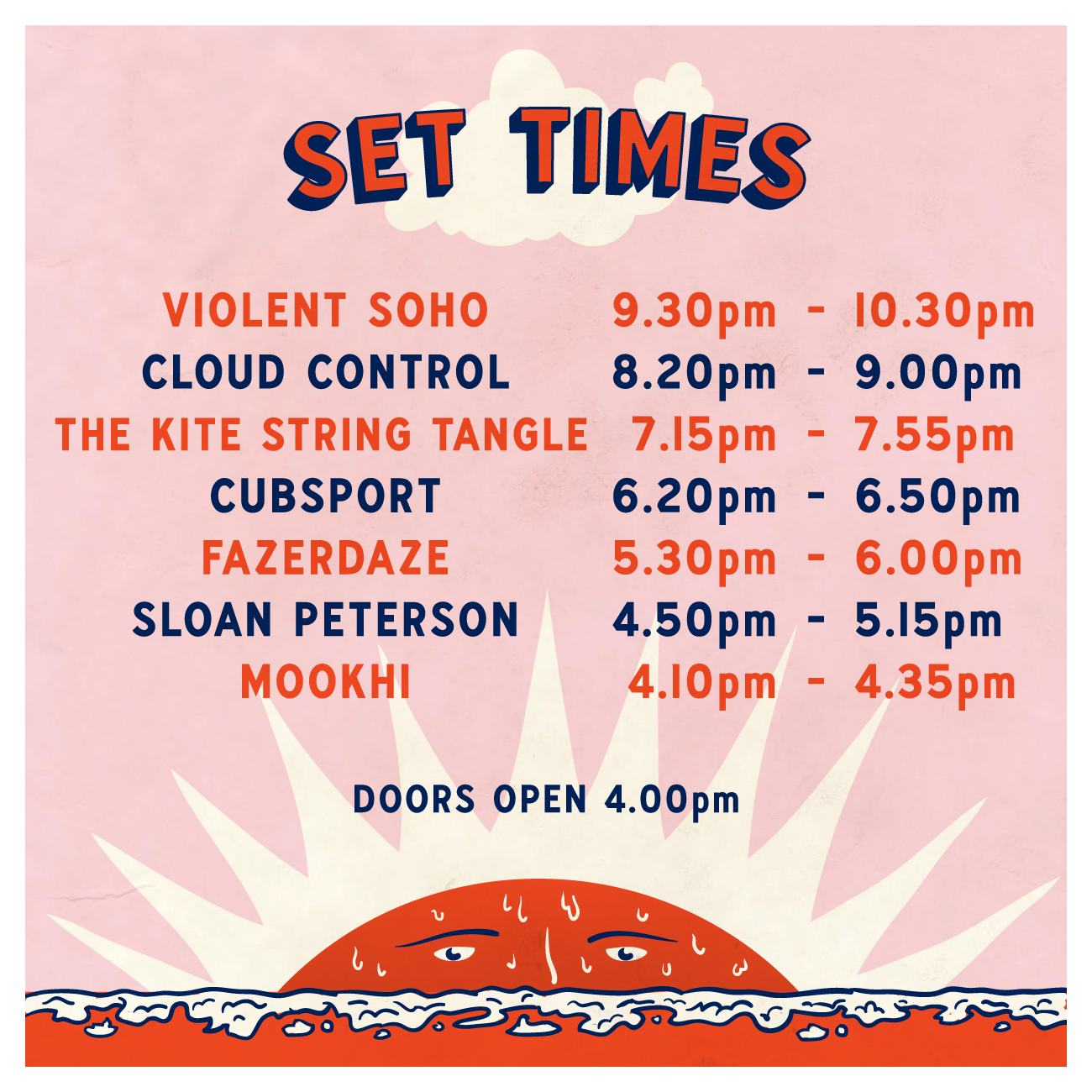 Final tickets are now on sale for Yours and Owl’s new winter warmer festival The Last Frost, you snooze you lose guys so get hustling!

With set times at the ready for next Saturday, audiences will be pleased to note there are no clashes on this festival lineup; it’s one stage, doors at 4pm, and all killer, no filler in the pure fire line-up of artists from Australia and New Zealand. Stand, sway, dance, mosh, pirouette, flail your arms, just be ready to be to go all agog in the ‘gong!

As for the music line-up, Sydney producer Mookhi will be getting the fire started with her lush rhythmic tapestries, followed by the rising retro star Sloan Peterson just prior to her Bigsound performance, and the radiant dream pop of New Zealand indie darling Fazerdaze set against the blazing setting sun.
Warm your toes by the fire with Brisbane’s beloved Cub Sport  as they give the ‘gong a special preview of their new tracks, and huddle up real close to the soulfully seductive Kite String Tangle still glowing in post-Splendour/new album glee. As the final sweeteners, toast your marshmallows to Sydney psych pop outfit Cloud Control as they slip in a few new tracks and classics for Wollongong audiences, and finish up with a scorching set by 2017’s most elusive band, lured out of hibernation, Violent Soho.

Keeping you well-fed and watered, Arepa, Balinese Spice Magic, Jimmy’s Burger Bar and Wandering Woodfire Oven will all be spicing up your life, with bottomless hot chocolates and chai’s from Coco’s Coffee.

Getting There
We recommend car pooling or using public transport!

From Sydney
The festival site is located less than 1 hours’ drive from Sydney at University of Wollongong’s Innovation Campus, Squires Way, North Wollongong. The site sits adjacent to the beach. There is parking available at the university carparks, although punters still have the option to use public transport and commute using the free Gong shuttle bus.

By Bus
Getting to the event:
The free gong shuttle bus runs every 10 minutes until 18.30 and stops immediately out the front of the festival on Squires Way.

Leaving the event:
A free courtesy bus will depart from directly outside the event every 15 minutes from 21.30 until 23.30 and is bound for Wollongong CBD.

By Car
Limited parking is available at UOW Innovation Campus. Parking preference will be given to cars with three or more passengers and we recommend car pooling and ride sharing to ensure a hassle free, enviro friendly experience.

A taxi and UBER rank will be located directly outside the event.

Getting to the event: