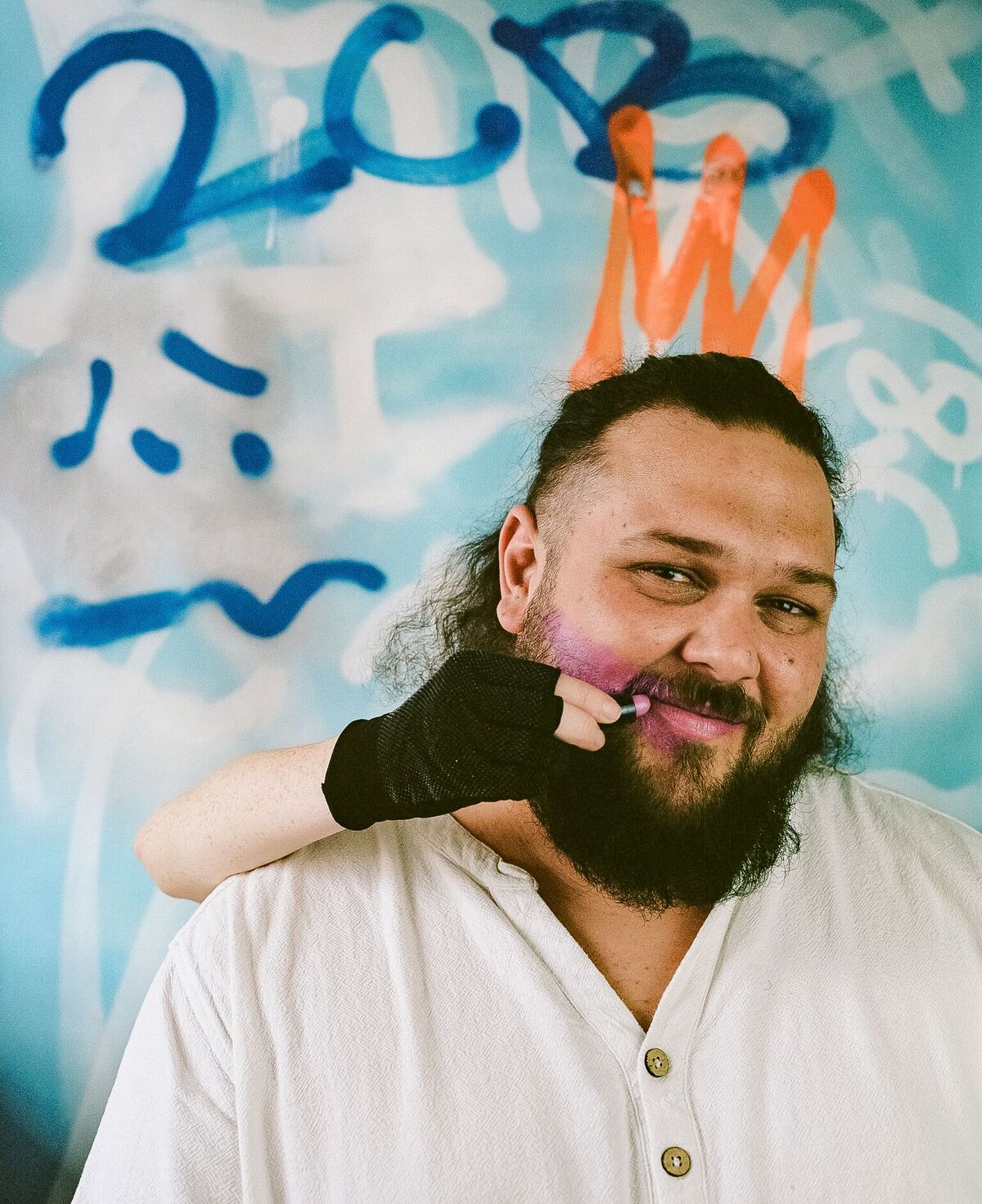 As a musician, performer and social maverick, Joyride has entrenched himself as one of the biggest personalities in Australian music. His work with the One Day Crew and The Meeting Tree has seen him nominated for an ARIA and play some of the biggest events in the country – from major festivals like Splendour In The Grass to the immensely popular One Day Sunday block parties.

Now Joyride is poised to release his debut solo album, Sunrise Chaser, on November 9 via Dew Process and Universal Music Australia. A 15-song epic that showcases the big man’s immense talent, the record is loosely based around the theme of what Joyride describes as, “a collection of stories about being 20-something legends on the weekend in the Inner West. It explores different genres like a Bluetooth speaker on a bend. It explores the emotional spectrum that exists between Friday and Monday, including the bits we maybe try not to explore all the time.”

The album also features some of Australia’s most interesting vocalists and producers, from Nina Las Vegas to Hermitude, Handsome to Holy Holy’s Oscar Dawson, as well as triple j fave tracks ‘6am’ and ‘Aunty Tracey’s Cookies.’

To celebrate the record’s release, Joyride and his band are set to hit the road for a national tour in early 2019, starting in January and going through February. A seasoned performer, Joyride’s live shows have earned a reputation for being joyous affairs – his big charisma and charm radiating its way from the stage into the heart of his audience. Don’t miss him when he brings the good vibes your way.