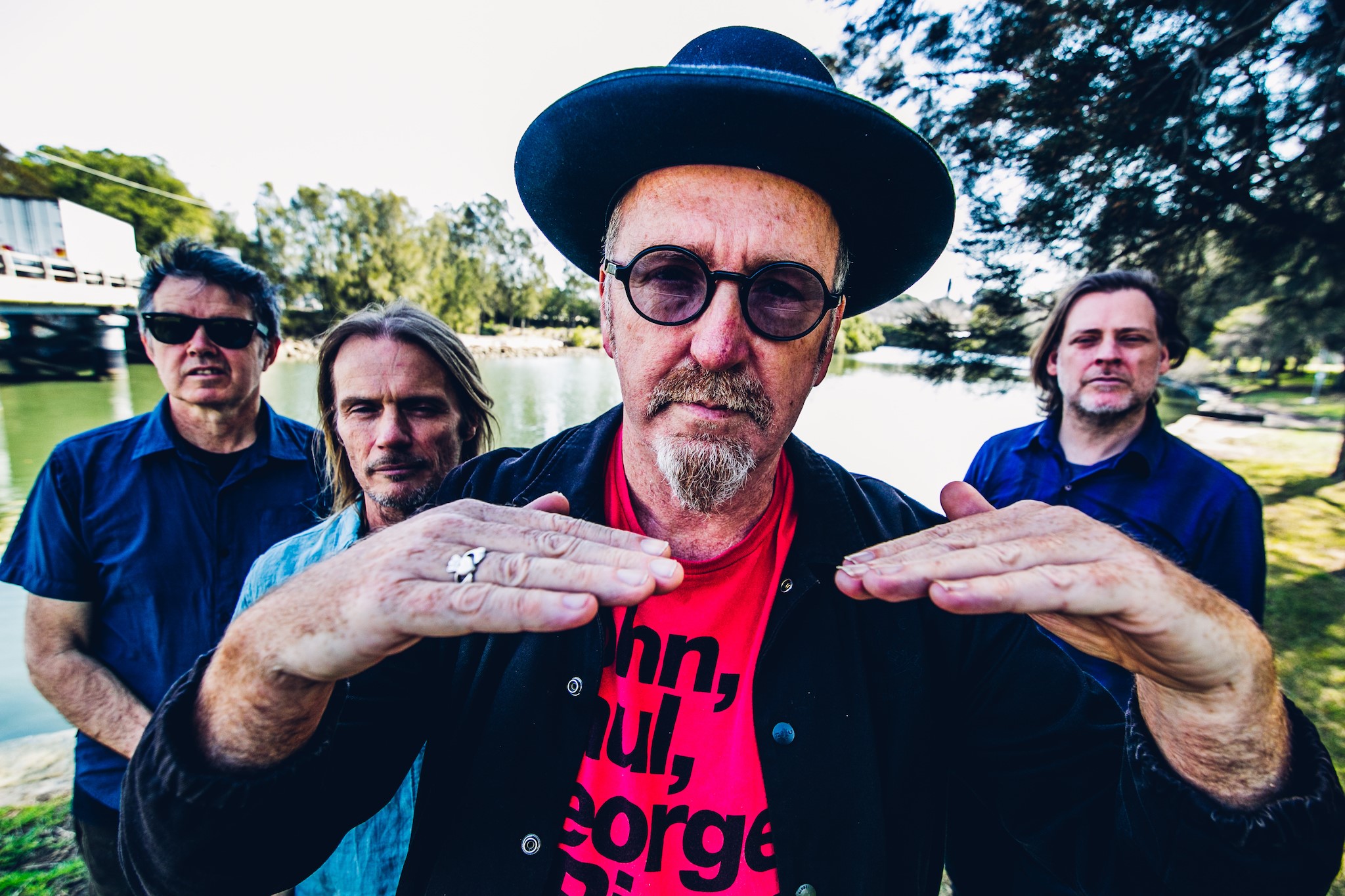 Back in 2006 Jim Moginie (Midnight Oil) founded The Family Dog to promote his first solo album ‘Alas Folkloric’. They went on to perform and tour together. In November and December 2018, The Family Dog is hitting the road after a long hiatus and

showcasing songs and tunes from the new album ‘Bark Overtures’ , recorded live at Oceanic Studios. It will be released on November 5 by Sony Music Australia on CD and vinyl and Orchard digitally in worldwide.

The Family Dog is guitarist Kent Steedman and drummer Paul Loughhead from Northern Beaches legends and punk rockers The Celibate Rifles, plus multi-instrumentalist Tim Kevin from La Huva, Exiles and Youth Group. Live, this line-up is all about

dynamics, travelling from a whisper to a scream, from a blitzkrieg, to trippy psychedelia, with the odd Oil’s classic thrown in for good measure.

Fresh from Midnight Oil’s reunion and massively successful Grand Circle World Tour, Moginie is back and has picked up some of his own projects, in which he invested so much of his time and talents in the intervening years between

Midnight Oil’s break up in late 2002 and the bands reformation last year.