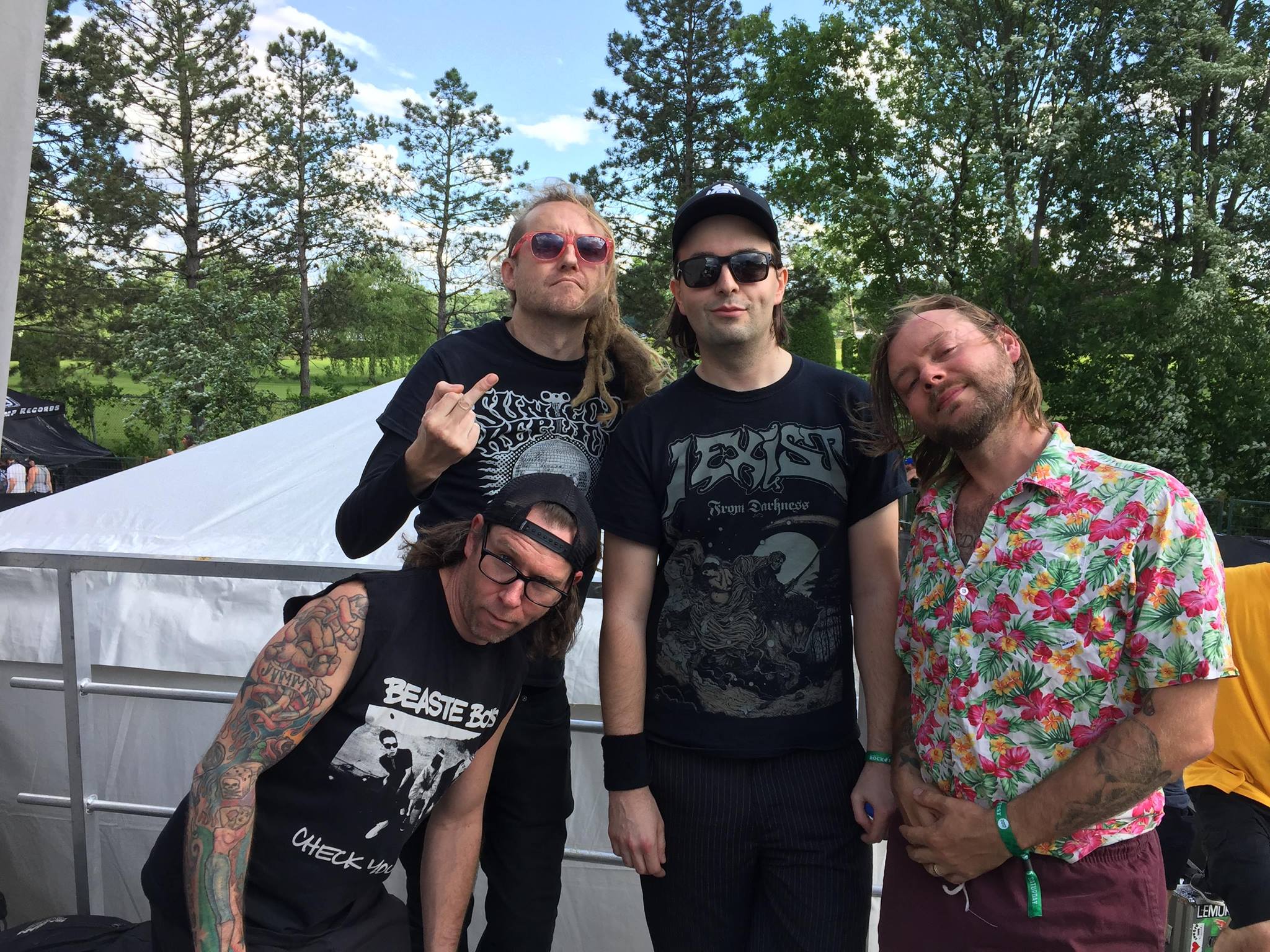 Frenzal Rhomb, the most hospitalised band in the world (Seriously, everything from broken drumming arms and detached guitar-playing retinas to an actual pig-borne tapeworm in the lead singer’s brain), have a continuing run of shows in 2018 to keep the Hi-Vis High Tea Boom alive! In case you’ve been living down a mine shaft, Hi-Vis High Tea is Frenzal Rhomb’s ninth full-length punk rock record. And just like a ninth child to a religious family, they’re really getting good at it. Recorded once again by Bill Stevenson (Descendents, Black Flag) and Jason Livermore at The Blasting Room in Fort Collins, Colorado, Hi-Vis High Tea is a concept album about a whole bunch of different concepts. 20 songs clocking in at just over 30 minutes, but what they lack in length they make up for in brevity.

And it sounds fucken rad. But don’t take my word for it, I’m just a computer-generated bio-writing algorithm Frenzal Rhomb downloaded from the darknet; you should just listen to the album… and attend the shows!

No longer satisfied with blending in to the background, Frenzal Rhomb have announced additional shows on their Hi-Vis High Tea tour, in full compliance with Australian Government guidelines.

Many fans have attended shows dressed in their own Hi-Vis work gear, and some have completed post show tasks in or near the venues, including plumbing connections, tree planting and pruning, unloading vehicles, repairing roads and so forth.

If you too wish to start 2018 in full compliance with Australian Government guidelines, you can buy your own Hi-Vis Frenzal Rhomb garments online or at selected shows, which also offer great visibility to the wearer in complex backgrounds and through a full range of body movements.