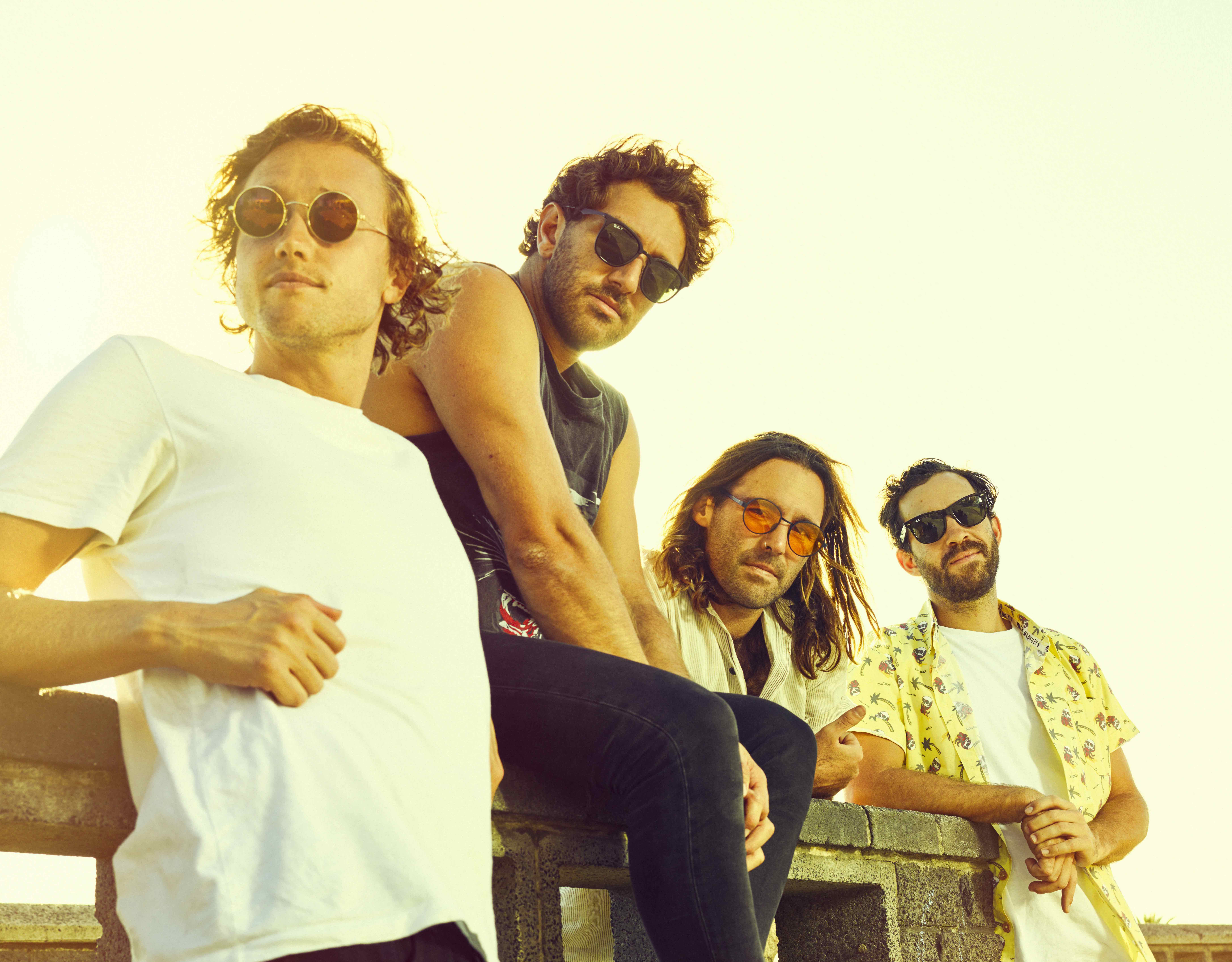 Sun-soaked indies Caravãna Sun have today announced their spirited new single Come Back, set for release on August 17. Come Back is a heartfelt ode to a lost friend; a bridge between this world and the next. Come Back precedes Caravãna Sun’s sparkling new EP Silver Linings, a full body experience of a release that will encourage not only dancing and singalongs, but self-reflection as well, out September 14. To celebrate the EP, Caravãna Sun will be hitting the road on a massive tour across Australia, which includes some coveted festival slots at the renowned Wave Rock, Under The Trees and Celebrate Gold Coast festivals. The Silver Linings national tour will kick off at Denmark Civic Centre in WA on September 14, before moving through Margaret River, Broome, Fremantle, Byron Bay, Brisbane, Cairns, Airlie Beach, Sydney, Wollongong, Melbourne, and wrapping up at Torquay Hotel in Torquay, VIC, on October 27.

Come Back is more than a song. It’s almost a prayer, or at least, a message to a loved one who is no longer in this world. It’s a little more subtle than previous single Beauty and The Pain, however it’s still got that same memorability, the same energy and the same musicality that fans have come to expect from Caravãna Sun. Bassist and vocalist Ant Beard offers a little more insight into the inspiration behind the track, saying, “Come Back is a heartfelt, honest and raw take on the loss of a loved one. Amidst a sea of emotion surrounding the reality of losing something so precious, lies a pure human cry for that person to return. To fill the space that nobody could replace. The song was inspired when fellow musician and good friend of the band Jae Haydon, lost his life in the ocean, surfing the reefs of Indonesia. Though he passed away doing something he loved, there was still such an overwhelmingly sad tone that had washed over everybody he touched. Jae was a young, incredible musician and friend to so many. This song is dedicated to Jae but also a song for his family and everybody who had the great fortune to know him.”

The Silver Linings EP, recorded at Sound Park Studio in Melbourne with renowned producer Stephen Schram (Paul Kelly, San Cisco, The Cat Empire) is Caravãna Sun’s take on a turbulent world. A clear, eloquent collection of songs, each with as much heart as Come Back, and each with saturated guitars, driving percussion and thoughtful lyrics that are sure to soundtrack many long summer drives for fans around the world. Ant reflects on the process of writing and creating the EP, “Connection to life through love has been an overarching theme beneath the entire EP. Each song represents some form of connection within our lives, our connection to love in the modern world, our connection with perception and ultimately our connection with death. Take for example, Modern Love which speaks about the struggles between true love and the temptations of modern forms of addiction (social media, screen time, etc). The song Waterfalls, looks at the acceptance of life force and death, as if it’s a moment in time that will eventually fade away. The songs inspiration came from experiences of the band passing through places like Malta and Portugal. It is in these countries we often saw older locals sitting out on the street soaking up the last bit of the day. It almost seemed as if they were waiting to fade away like dust.”

After a massive year playing to thousands of people nationally and across the globe (the band is currently on a 22 date tour of Europe / UK), Caravãna Sun are set to play new tracks from Silver Linings and old faves for fans across Australia throughout September and October. Reflecting on their year of international success and pumped for the upcoming EP tour, Ant says, “The reception to our music was truly overwhelming to say the least. Most nights we were walking out onto stages with 3000 to 5000 beautiful faces, waiting to see what a bunch of touring Australians have to sing about. To think that our songs, some inspired by time spent walking around on Bardi Country in the Kimberley, find their way onto this incredible international platform is mind blowing! Our shows are hugely dependent on crowd connection and the unique reception gives each song life…our EP tour is going to be epic.”