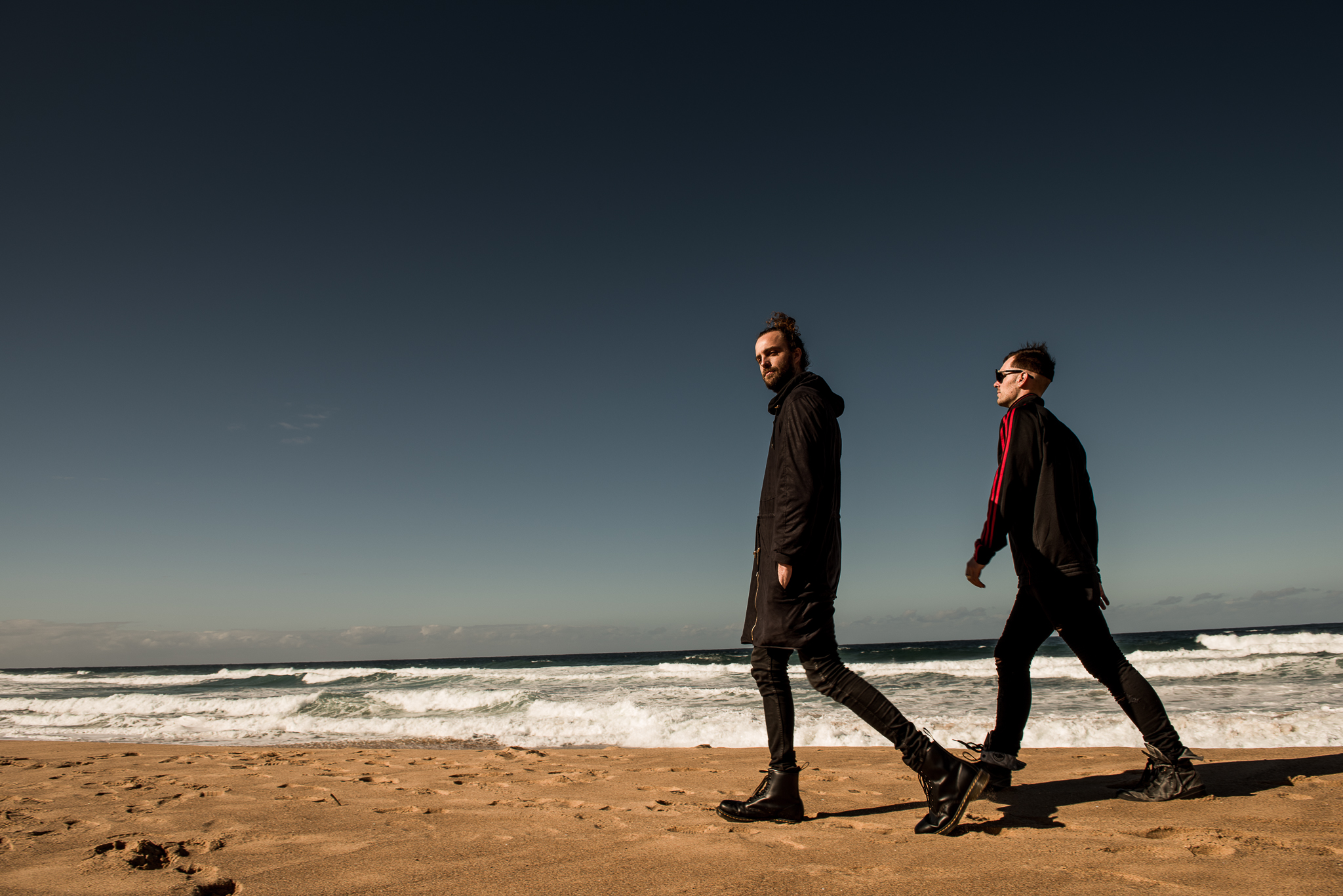 BOO Seeka’s synths and beats keep the energy sizzling like a neon sign on the Miami strip. The Sydney hip-hop-psych-soul project begun an outlet for a couple of musical experiments, a testing ground for new sounds. And it’s growing, multiplying and producing delicious sounds.

A combination of pulsating synth sounds that bed down layered textures of electronic bass and percussive beats. Influenced by the layerings and experimental beats of Major Lazer, the cool swagger of DJ Shadow and The Seed 2.0’s Cody Chestnutt’s soulful vocal delivery. BOO SEEKA snaps up melodies and bounces them off hip-hop/R&B driven grooves and beats that vibe.

To date, the duo have accumulated over 11 million Spotify streams and dominated national airwaves with their singles ‘Oh My’, ‘Deception Bay’ and ‘Fool’. Their 2015 debut ‘Kingdom Leader’ peaked at #6 on the Australian iTunes Electronic chart, and was premiered and featured as Song of the Week on HillyDilly.com . The track made blog and radio waves abroad with features on The Music Ninja and LaBelle Musique and received airplay on KCRW (California), and on XFM in the UK. BOO Seeka’s follow up single ‘Deception Bay’ reached #50 in triple j’s 2015 Hottest 100 edition and snagged the outfit a J Award nomination for Unearthed Artist of the Year in 2015.

Their debut album, ‘Never Too Soon’ was released August 4th, 2017 (through Sureshaker and Warner Music Australia). Working with producer and long time collaborator, Ian Pritchett ( Bootleg Rascal & Lyall Moloney ), expect development in the duo’s sound, with band member Sammy Seeka describing Never Too Soon as: “This album best reflects our recent life experiences, encapsulating all we’ve encountered over the past two and a half years. Our recording process for the album followed no structure; we recorded vocals in carparks, tour buses and our studios in Sydney. One vocal loop was recorded into an iPhone on stage in a theatre in America. Ultimately every idea and piece of music we had come together in my bedroom studio, we then took it to our producer Ian Pritchett’s garage studio and that’s where the songs came to life.”

‘Never Too Soon’ placed at #1 on the Australian iTunes Album Charts on the day of release and debuted at #8 on the first week ARIA Album Charts. It was also chosen to be Triple J’s feature album of the week, the week after its release.

Their most recent singles, ‘Does This Last’ & ‘Turn Up Your Light’ navigates through a bed of spacey synth and string layers. Building on their eclectic soul-tronic sounds. Both singles have been placed on high rotation on Triple J and have been featured on a few Spotify AU/NZ playlists (including 5 weeks on the Indie Mixtape playlist). With a freshly developed sound and an impressive live show to follow, 2017 cemented the duo as a force to be reckoned with.