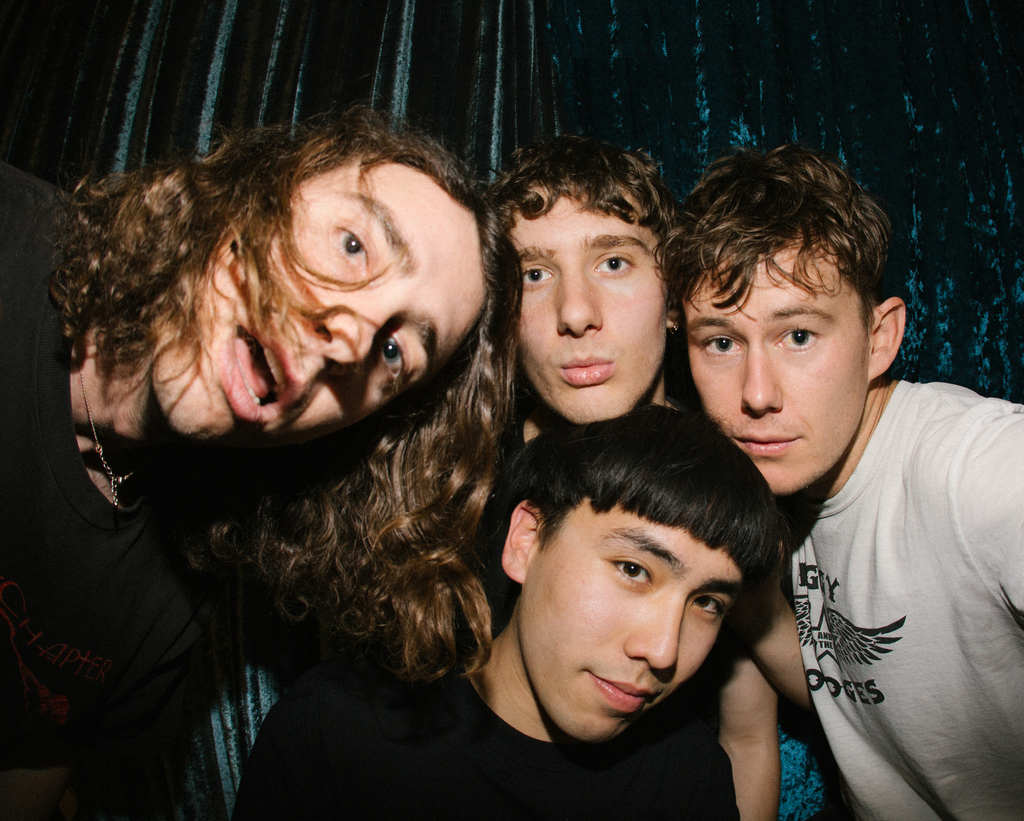 Brace yourself for a beaster of an Easter, as local garage-rock brawlers Bleeding Knees Club team up with LA titans Together Pangea for a national Australian tour you’ll never forget!

Off the back of 2017’s triumphant “Chew The Gum” EP and recent crackerjack single “Case”, Bleeding Knees Club are psyched to hit the road before their new album drops later this year.

“Chew The Gum” saw the ex-Gold Coast outfit relocated to Sydney via frontman Alex Wall, and with a freshly-configured line-up. The band completed a frenzied national tour to launch the EP that included one broken jaw and one broken ankle, and The Brag gushed “Bleeding Knees Club’s chaotic Sydney comeback show proved punk is not dead”. After carving out circle pits at festivals including Stonecutters (Adelaide), Sounds Of The Suburbs (Sydney) and Valley Fiesta (Brisbane), the foursome saw out 2017 with their set-your-desk-on-fire anthem “Case”, which AAA Backstage frothed “This track is itching for summer like it can’t get a hold of its dealer on a comedown day … if I didn’t know any better, I’d be looking on an American Pie soundtrack for this jammer”.

Vocalist Alex Wall says, “Together Pangea have been one of my favourite LA punk bands since I first heard ‘Living Dummy’ in 2011. I met the guys when I was living in the States and started going to a bunch of their shows, and they just kill it every night. Their songs are so good and they’re insane live. I went to a couple of the dates on their current USA tour in New York and LA and they destroyed it. I can’t wait for everyone in Australia to lose it over them when to come out to tour with us!”

Hot on the heels of 2017’s barrelling “Bulls & Roosters” album, Together Pangea are finally touring our shores for the first time ever.

Formed in Los Angeles nearly a decade ago out of the fertile CalArts campus scene, the foursome blazed a trail via rowdy early records on tastemaker label Burger, and rambunctious live shows with The Black Lips, The Replacements, Twin Peaks and others. “Bulls & Roosters” saw Stitched Sound declare “they blew this record out of the water”, and its Buzzcocks-indebted lead single “Better Find Out” had Earbuddy vibe “it paws up some dust with a ground tearing riff”. Together Pangea’s live rep is legendary, with LA Record summing up a recent triumphant hometown gig as “the kind of high-octane, gasoline-soaked rock that hits all your pleasure centers with sticky melodies, power riffs, and break-neck speed”.

Frontman William Keegan says “We’ve been dying to tour Australia for a long time. We’ve heard it’s a great place to play because everyone just wants to have fun, mosh and stage dive. Also from The Saints to Eddy Current Suppression Ring so much incredible rock ‘n’ roll has come out of Australia, and we want to see what it’s all about. We’re also very stoked to play some shows with our brother Alex Wall and his band Bleeding Knees Club on their home turf”.

Bleeding Knees Club and Together Pangea, tearing up Australia together with White Blanks.